If you’ve ever tried chia pudding, you’re probably in one of two camps: you love it, or you hate it. Chia pudding usually consists of small black or white chia seeds, soaked in a liquid, with or without additional flavourings, spices and/or sweetener, until the seeds plump up, absorbing up to 10+ times their weight in volume.

Chia pudding makes a quick & dirty breakfast, midday or afternoon snack, it’s nutritious and endlessly versatile. Some people don’t enjoy the texture, but if the seeds bother you, you can always whir everything in the food processor or blender for a smooth texture. I often do this for kiddos.

Here are a few reasons to love these seriously good-for-you seeds:

Cherries are packed full of anti-inflammatory compounds, including antioxidants like anthocyanins, which can help boost insulin production and help balance blood sugar levels if low. The anthocyanins in cherries are also believed to be the compounds responsible for lowering uric acid levels in our bodies, which is good news for anyone enjoying cherries to help prevent or treat gout. Like most fruits and vegetables, they’re an excellent source of potassium.

Cherries also contain a phytochemical called ellagic acid, which is listed on the American Cancer Society’s website as having been researched for its ability to slow down the growth of certain cancerous tumors caused by certain carcinogens but emphasizes that further human trials are needed. In this case, ellagic acid is being used as a dietary supplement and is rarely if ever used as a standalone treatment for cancer.

Cherries are also a rare food source of melatonin, a hormone that regulates our sleep/wake cycle, promoting healthy, consistent sleep. For more on the nutritional and culinary benefits of rhubarb, check out my Rhubarb Refresher recipe.

On top of some impressive nutritional cred, this breakfast looks decadent to eat. It also tastes “fancy” without much prep or work at all. It’s as simple as grab a bowl and mix a few things in. Leave it alone while you add some other things to a pan, heat it up, and leave it be. Stir it a few times. Serve over the bowl.

The lazy girl way doesn’t even require any fancy pitting tool for the cherries (I just slice them in half for this since I’ll be crushing them later to make the compote).

I’ve made this many ways, over many days and this was my favourite way of cooking the cherries and rhubarb together. If you wanted to achieve a compote where the rhubarb was completely cooked down and all but disappeared into the cherry mixture, you could add the rhubarb at the same time as the cherries. The rhubarb (especially if it’s cut into small pieces) doesn’t handle prolonged cooking like the cherries do. I preferred this because I wanted the rhubarb to still retain some texture, but you may prefer a different result.

And as a side but very important note, be sure to remove every allspice berry you added. They DO NOT become soft after cooking and you’re sure to break a tooth if you forget to remove them. Make sure to hunt down and remove every one of them… or just use a bit of ground allspice!

Here’s how to make this Coconut-Vanilla Chia Pudding with Cherry-Rhubarb Compote:

Cherries are disappearing around these parts so get your hands on them while you can!

P.S. Do you love chia pudding? Or despise it with a passion? 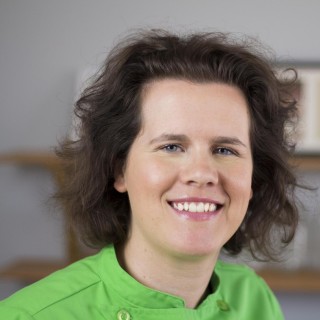